This document addresses provisions to prevent loss of life and property from fire or explosions as a result of hot work and provides guidance for property owners and managers, supervisors, employees, and contractors who manage, supervise, and perform hot work. It does not address the health effects of working in high-temperature environments.

Equipment damage from stray welding current and electrical shocks to welders (personnel welding) at a mine in northern Canada led to considerable investigative work which has shown that the potential is high for serious injury, death, major equipment damage, and fire. Root cause analysis of incidents established the common failure parameter as, or equivalent to, a terminal fault to earth ground on the welding power source. This was described in the first paper on this subject. Further incident investigation found that equipment damage and work stoppages cost industry millions of dollars in repair and lost production costs. Documentation of fatalities from around the world has proven that even though welding voltages are normally well below the 100 V maximum established by mining regulators to be a “safe voltage”, welders continue to die due to contact of the welding electrode with their body. Additionally, in at least one documented case in Canada, a welder died from electrocution due to an electrical system fault created by the welder’s own stray welding current. Much of the work represented in this paper comes from the authors’ own experience augmented by supporting research of others. This paper looks at the electrical hazards of welding including high frequency/radio frequency, stray welding current, and electrical shock occupational injuries and fatalities from the welding electrode circuit. It considers the equipment damage and loss of life through stray welding current and considers industry, regulatory, and employer response in preventing these occurrences 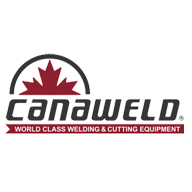